The tower of Babel: nationalism, globalization and citizenship education 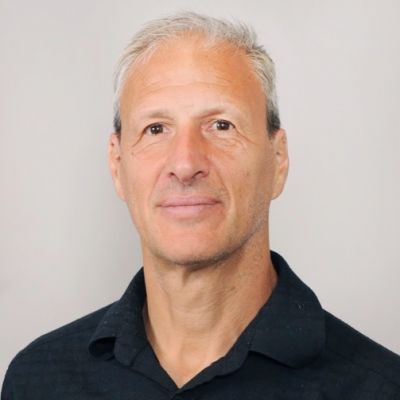 The purpose of the forum was to share and discuss new pedagogical approaches and practices in ESD and GCED. The first part of the week (March 6-8) focused on ESD, while the second part (March 8-10) dealt with GCED. Wednesday, March 8 was a transition day that brought together participants from both programs. The 5-day event gathered over 400 academics, practitioners and policymakers from all over the world. Among them were teachers of UNESCO’s Associated Schools Network and 50 young delegates from different continents. The forum on GCED Global Commons Review 1 s Oct. 2017 s Cover s Contents s About Us 57 had over 50 presentations, including keynote addresses, plenary sessions, debates, workshops and concurrent sessions. Topics ranged from the impact of standardized assessments and learning metrics on the teaching of global citizenship education to the use of textbooks, storytelling, games, maps and digital technologies to teach global citizenship education.

In her opening address, UNESCO Director-General Irina Bokova called for an education that promotes understanding between cultures, human rights, dignity, peace, sustainability, diversity and inclusion. To accomplish this, more efforts need be devoted to change educational practices, curricula and teacher training. Other speakers of the opening plenary reinforced these ideas, acknowledged that the gathering was taking place on traditional indigenous land, and highlighted the role of women and indigenous communities in building a more sustainable world for future generations. The opening session was followed by an event organized by UNESCO’s Mahatma Gandhi Institute for Education for Peace and Sustainable Development (MGIEP). This session, “Talking Across Generations”, congregated youth, policy-makers and scholars to discuss, among other things, the challenges and opportunities that teachers face today in educating for global citizenship and peace.

In the multiple concurrent sessions, panelists explored issues like enabling conditions for effective teaching of GCED, preparing teachers to teach GCED, connecting schools to the outside world, transformative pedagogies, and partnerships. The workshops covered a variety of practical topics, from teaching about identity and self-awareness to innovations in peace education, game-based learning, global competencies, ethics education, experiential learning, facilitating difficult conversations, conflict resolution, school violence, restorative justice circles, compassion and intercultural dialogue. Some of the sessions were more academic in nature, with a focus on research findings and theoretical debates, while others were more practical, presenting a variety of innova- Global Commons Review 1 s Oct. 2017 s Cover s Contents s About Us 58 tive and inspirational educational interventions, sometimes with active participation of the audience.

Several sessions dealt with the work done in different parts of the world to promote GCED. In some educational jurisdictions, for instance, the K-12 education system locates global citizenship education within the larger context of international education initiatives. These initiatives usually have three main components: a) learning abroad; b) internationalizing the curriculum by exploring the global dimension of subject matter content; and c) nurturing a global mindset (compassion, mindfulness, respect for human rights, appreciation of cultural contributions to sustainable development, etc.). Other jurisdictions put a particular emphasis on project-based learning, involving children in decision-making, and engaging parents and the community. While these are laudable efforts, the connection with GCED was not always self-evident. Very intense discussions took place in some of these sessions about the challenge of assessing and measuring soft skills, values and dispositions. Another set of discussions related to the challenges faced by global citizenship advocates in national contexts where policy-makers may not support GCED (among the terms used to refer to these contexts were “shrinking spaces” and “cold climates”). Some participants argued that in these contexts the language of global citizenship could be replaced with the concept of global competencies because few policy-makers would question the need for students to develop the competencies to interact with the rest of the world.

This tension between GCED and national agendas was particularly noticeable in plenary session 8. The title of the session had a provocative question: “How to promote ESD and GCED in the current global environment?”. If you wonder what the conference organizers meant by ‘current environment’, the conference program described the session as a “townhall debate on different perspectives on how ESD and GCED can be taught Global Commons Review 1 s Oct. 2017 s Cover s Contents s About Us 59 given the current global environment where nationalistic voices are more frequent than before.” The session, moderated by Ms. Soo-Hyang Choi, (UNESCO) and with Carlos A. Torres (UCLA) as a resource person, generated intense debate among the hundreds of participants from all over the world that filled the auditorium. Among them were academics, educators, policymakers, and representatives from public institutions, international agencies and civil society organizations. The session was structured an around electronic voting on a few questions related to nationalism, globalization, and global citizenship education like these ones:

The results of each vote were presented immediately on a large screen in the front of the room, and were followed by a discussion in which participants were invited to explain why they voted in a particular way. That was when things became interesting.

“Nationalism is a negative force that undermines the efforts of global citizenship education”, stated one of the panelists from the stage. “I disagree”, observed a participant from the floor: “Nationalism is actually a positive force that needs to be embraced because it challenges the pervasive elements of globalization”. A third participant argued that “globalization is not only inevitable but also necessary and desirable because we live in one planet and we need to interact with each other, not only as economic beings that need to trade with each other but also as human beings that need to help each other.” A fourth participant requested the microphone to describe how globalization is exacerbating inequality, unemployment Global Commons Review 1 s Oct. 2017 s Cover s Contents s About Us 60 and emigration in many countries. Further interventions from the stage and from the floor revolved around these four themes.

While listening to this impassionate and animated discussion, I remembered the biblical story of the Tower of Babel, where there was so much confusion with language that people could not understand each other. In our meeting, it was clear that speakers had different meanings in mind when invoking the terms ‘nationalism’ and ‘globalization’, making it difficult to have a productive dialogue. Due to the polysemic nature of these two concepts, four different connotations (two negative, two positive) were at play during the debate. When alluding to nationalism, some participants alluded to a xenophobic and exclusionary version of nationalism while others had in mind an emancipatory version of nationalism predicated in anticolonial struggles and independence from powerful international forces (quadrants 1 and 2). Likewise, when talking about globalization, some were speaking about dynamics of neoliberal globalization while others had a model of cosmopolitan globalization in mind (quadrants 3 and 4).

Because the terms nationalism and globalization are floating signifiers, some participants conflated nationalism with xenophobia while others (particularly speakers from the global south) conflated it with emancipation. Likewise, some participants conflated globalization with neocolonialism (neoliberal globalization) while others equated it with cosmopolitanism, the notion that all human beings (and some add animals and plants) belong to a single community of equals. Cosmopolitan globalization is probably the closest to the project of planetization and to the vision that education can make a contribution to build a more peaceful, plural and sustainable planet that is guided by universal values of human rights, tolerance and respect (the aim of target 4.7). My general point is that when we continue debating these issues in future forums and participants refer to nationalism and globalization, it would be useful to try to interpret the explicit (and especially implicit) assumptions of the speakers in the context of the four quadrants in order to understand their perspective. When they use the term ‘nationalism’, are they thinking of xenophobic nationalism or emancipatory nationalism? When they use the term globalization, do they have in mind neoliberal globalization or cosmopolitan globalization? If we cannot communicate well among ourselves within the GCED community at our own gatherings, it would be difficult to communicate our ideas to other communities.