To educate for planetary citizenship: a Latin-American perspective 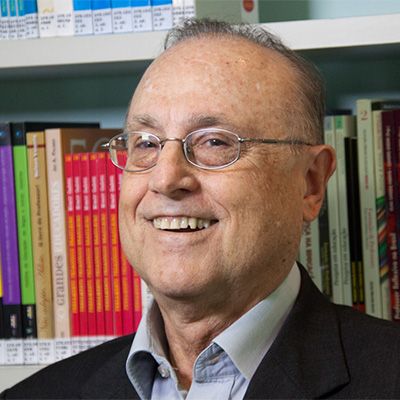 Founder and current Honorary President of the Paulo Freire Institute in São Paulo, Brazil, he received his doctorate in Education Sciences from the University of Geneva (Switzerland) and retired as a tenured professor from São Paulo University. He has authored many books, including Pedagogia da Terra, Os Mestres de Rousseau, and Educar para a sustentabilidade, where he develops an educational proposal whose axes are the educator’s critical training and the construction of citizenship education from a dialectical and integrative perspective oriented by the paradigm of sustainability.

In February, 2017 the Paulo Freire Institute of UCLA launched number zero of the Global Commons Review, focusing on education for “global citizenship”.

The theme is not new, but it has only very recently caught the attention of international organizations like UNESCO. Therefore, this review was born at a very propitious time, as a “collective response to find effective solutions” to the theme of planetary sustainability that must consider not only the sphere of the physical environment but also that of society, including culture, communications and the economy.

This theme has been present since the founding of Paulo Freire Institute of São Paulo, at the beginning of the 1990s, particularly after the success of Rio-92, the United Nations Conference on Environmental Development, also called Eco-92, which was dedicated to the idea of “Earth as a single nation with human beings as its citizens.”

The notion of planetary (world, global) citizenship is sustained by the unifying vision of the planet and of a one world society. It is made manifest in various expressions – “our common humanity”, “unity in diversity”, “our common future”, “our shared homeland”, “pachamama” – that were already in use in the final decades of the twentieth century.

Planetary Citizenship expresses a group of principles, values, attitudes and behaviors that demonstrate a new perception of the Earth as a unique community. Frequently associated with ‘sustainable develop- Global Commons Review 1 s Oct. 2017 s Cover s Contents s About Us 40 ment’, it is actually much broader than this economic relationship implies. It has to do with an ethical reference point and, as such, cannot be dissociated from planetary civilization and deep ecology.

The global society is still forming and includes a great variety of societies, poor and rich, central and peripheral, developed and underdeveloped. In spite of their differences, it is possible to distinguish similar structures, relations and processes in each of them. Planetary citizenship supposes the recognition and practice of “planetarity”. In other words, it treats the planet like an intelligent living being in evolution.

Planetary citizenship must have the overcoming of inequality, the elimination of bloody economic differences and the integration of the cultural diversity of humanity as its foci. We cannot talk of planetary or global citizenship without first establishing effective citizenship at both local and national levels. Planetary citizenship is, in essence, integral, active and full, not just in terms of social, political, cultural and institutional rights but, also, economic rights.

Planetary citizenship also implies the existence of a planetary democracy. However, contrary to what the neoliberals maintain, we are very far from an effective planetary citizenship. It will remain in project stage, unreachable if it remains limited to technological development. It needs to be part of a project of humanity as a whole. It will not be a mere consequence or a sub-product of technology or of economic globalization.

Within this vision, education for planetary citizenship ought to lead us to the construction of a culture of sustainability; that is, a bioculture, a culture of life, of harmonic coexistence among human beings and between them and nature.

For planetary citizenship education to solidify as a viable alternative in the construction of a culture of peace with social justice, it will have to answer many questions: How can planetary citizenship be established in a globalized country where national citizenship has yet to be built? Global Commons Review 1 s Oct. 2017 s Cover s Contents s About Us 41 What happens to national identity when faced with the ‘westernizing’ of culture promoted by the media and the domination of the English language? How does doing away with the “singularity” of “local” cultures help bring a “global culture” into existence? What would be other consequences of this cultural “unification” process?

It is important for this discussion to continue in all possible places so that the rights of planetary citizenship can be conquered and maintained. The Paulo Freire Institute has been incentivizing discussions like these in meetings, seminars, and intervention projects, through its active participation in the World Social Forum, by promoting the Earth Charter and the Treaty of Environmental Education for Sustainable Societies and Global Responsibility, resulting from the debates of Rio92. In 2002, the United Nations kicked off the Decade of Education for Sustainable Development (2005-2014) that we promote in many of our activities. The world is mobilizing, in different ways, to avoid the worst. Nevertheless, serious concerns persist and big challenges have yet to be resolved.

The Global Commons Review has asked us to reflect on the crisis of civilization we are experiencing today. This theme will no doubt dominate educational debates in the coming decades. What are we studying in the schools? Are we not building a science and a culture that are only helping to degrade the planet and its human beings? The category of sustainability must be associated with ‘planetarity’, that is a vision of Earth as a new paradigm. Complexity, holism, and transdisciplinarity are other categories associated with this theme.

What are the implications for education of this world vision?

The theme refers to a planetary citizenship, to planetary civilization, to planetary consciousness. Thus, a culture of sustainability is also a planetary culture – a culture that begins with the principle that Earth is Global Commons Review 1 s Oct. 2017 s Cover s Contents s About Us 42 made up of a single human community, the earthlings and that they are citizens of a unique nation, single and diverse.

These are questions and concerns we offer from a Latin-American perspective.

Founder and current Honorary President of the Paulo Freire Institute in São Paulo, Brazil, he received his doctorate in Education Sciences from the University of Geneva (Switzerland) and retired as a tenured professor from São Paulo University. He has authored many books, including Pedagogia da Terra, Os Mestres de Rousseau, and Educar para a sustentabilidade, where he develops an educational proposal whose axes are the educator’s critical training and the construction of citizenship education from a dialectical and integrative perspective oriented by the paradigm of sustainability.