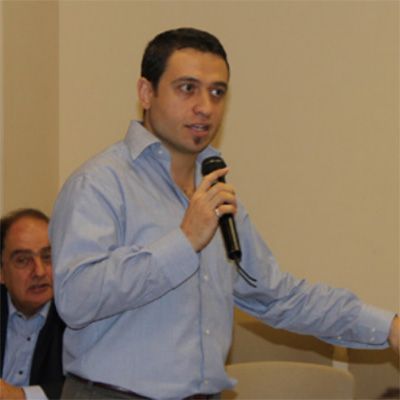 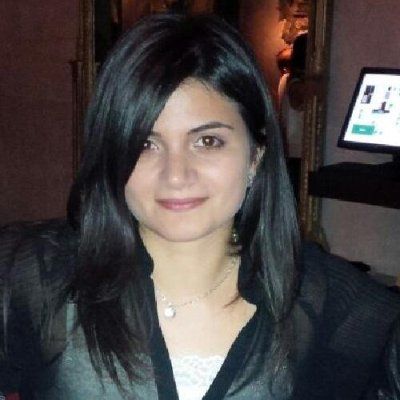 In 2015, SAGE published the second edition of its Handbook of Research in International Education. Our contribution (Akar and Ghosn-Chelala 2015) was a chapter that investigated the intersections of post-colonial citizenship, cosmopolitanism and citizenship education in the Arab region. Formerly colonial countries and nation-states have embraced nationalist ideologies to demonstrate their post-colonial sovereignty, diffuse patriotic emotion and preserve cultural heritage (Guibernau 2007, Miller 2000, Smith 1994). However, nationalist movements can overlay a country’s political borders. Indeed, Danielsson (2011) argues that pan-nationalist campaigns have been, by and large, more influential than those committed to a single nation-state. Arab nationalism and Islamic nationalism have strengthened political campaigns (against Israeli occupation of Palestine, challenging colonial influence) and celebrated religious beliefs. Governments in this region have also begun introducing more global or universal notions of citizenship into their education programs. While elements of global citizenship foster a consciousness of global issues (Falk 1993) and solidarity with others around the world (Dill 2013), they may have conceptual conflicts with commitments to nationalist agendas (Sampatkumar 2007). Cosmopolitanism, on the other hand, allows individuals to view themselves as members of a polity of humankind governed by human rights principles (Nussbaum Global Commons Review 1 s Oct. 2017 s Cover s Contents s About Us 33 1997, Osler and Starkey 2005). Despite certain conceptual tensions between cosmopolitan principles and nationalist agendas, Osler (2010) argues that cosmopolitanism can indeed strengthen conceptualizations of national citizenship. Therefore, education for cosmopolitan citizenship requires learners to engage in dialogic pedagogies when examining topical issues related to peace, conflict, human rights, discrimination and inclusion (UNESCO 1995).

In “Education for cosmopolitan citizenship in the Arab region,” we critically examined the extent to which citizenship education in Lebanon, Egypt, Oman, Kuwait and the federal entity of Iraqi Kurdistan promotes cosmopolitan principles, while each fosters a strong national identity. Despite their distinct cultures, they had all assented to a European administration and are currently represented at the Arab League. In each of these contexts, we critically examined citizenship education policies including national curricula and reviewed empirical studies on learning citizenship. We found that education policies and practices designed to preserve or strengthen nationalism may undermine rhetoric embracing globalization and difference.

Cosmopolitanism and global citizenship in rhetoric

Across the five territories, we found that education policy, including the aims of citizenship education, promotes relationships that extend beyond feelings of patriotism to the nation-state. All the territories embrace a pan-national Arab identity, although more for the purpose of solidarity in Kuwait, Egypt, Oman and Lebanon. In Kuwait, Egypt and Oman, Arab nationalism parallels the peoples’ commitment to the Islamic faith, which supersedes patriotism. Lebanon and Iraqi Kurdistan host people of multiple faiths and thus have a more secular vision of citizenship. Proponents of education also held multilingualism in high regard for various reasons. Global Commons Review 1 s Oct. 2017 s Cover s Contents s About Us 34 The trilingual (English, French and Arabic) Lebanese national curriculum and learning English in Oman enable their young people to communicate with peers and feel part of the international community. The multilingual curriculum of Iraqi Kurdistan publishes its civic education books in Kurdish, Arabic, Turkish and Syriac to accommodate the diversity of languages in its federal entity (Khaneka 2014). Kuwait and Oman, two oil-producing countries whose labor force is dominated by expatriates, demonstrated an intention to learn more about the international community, especially its stance vis-à-vis globalization. Iraqi Kurdistan, Egypt and Kuwait incorporated studies of human rights. The promotion or preservation of multilingualism, expressions of supranational (e.g. regional, religious) identities, human rights education and learning about cultures from around the world add strands of cosmopolitanism and international education that enrich the formation of global citizens. On the other hand, protection of cultural heritage, promotion of conservative values, exclusion of women and minorities, and enduring support for authoritarian pedagogies all hinder the impetus for cosmopolitan or global citizenship education.

Civics textbooks throughout the territories we studied present paradigms of citizen behavior. In the case of Iraqi Kurdistan, Osler and Yahya (2013) and Ahmad et al. (2012) referred to this as a “paradise narrative.” Such prescriptive text not only avoids inquiry into topical issues but, as Akar (2014) found in Lebanon, seems hypocritical and thus creates a degree of skepticism about government institutions among learners. Textbooks also rely on patriotic symbols and the official account of historical events to depict national victories and avoid conflicting narratives. Furthermore, standardized assessments like government exams that measure the accuracy of memorized information strengthen and sustain top Global Commons Review 1 s Oct. 2017 s Cover s Contents s About Us 35 down information transmission instead of a more dialogical approach to citizenship education. The poor quality of teacher education in the case of Oman (Issan and Gomaa 2010, Al-Maamari 2009) is also attributed to rote learning. Pedagogical practices shaped by textbooks and assessment tools inhibit learners from reflecting on and expressing their identities as unique individuals living with people from other cultural backgrounds and curtail the natural enthusiasm of would-be agents of change.

While the education systems in the four nation-states (Oman, Kuwait, Egypt, Lebanon) embrace the learning of more than one language, the language of instruction in citizenship education programs is always Arabic, a key ingredient of regional nationalism. An Arabic-only curriculum of citizenship education excludes non-nationals and nationals registered in non-national education programs such as French Baccalaureate, High School Diploma [USA], Graduate Certificate of Secondary Education [UK], International Baccalaureate from learning what the government considers essential information for active citizens. The cognitive quality of the government program is cause for concern as well (Akar and Albrecht 2017). Some students confessed they memorized exam-worthy texts from civics books because of their poor command of Arabic (Akar 2014). In Iraq, Saddam Hussein imposed Arabic as the language of citizenship on the Kurdish federal entity, excluding many Kurds from public education. The program also promoted traditions of gender differentiation. However, reforms following his death resulted in a multilingual citizenship education program that predicts his successors’ openness to a more cosmopolitan form of citizenship.

Current rhetoric about an expanding, inclusive and global notion of national citizenship in the Arab region falls short of actual practice and is Global Commons Review 1 s Oct. 2017 s Cover s Contents s About Us 36 undermined by drawbacks discussed above in citizenship education policy and pedagogy. Our findings suggest that barriers to practicing global and cosmopolitan citizenship in Arabic-only classrooms signal longstanding traditions of excluding minorities and women and hegemonic unease with growing diversity. Consequently, this becomes a significant educational problem for a region that is characterized by increasing diversity from the forced displacement of millions fleeing armed conflict and the majority population figures of expatriates in the Gulf Cooperation Countries. Indeed, the contribution of armed conflict to the spontaneous disappearance of millennial remnants of cultural heritage is often attributed to cultural differences. Ironically, the use of vulnerable historic artifacts as nationalist symbols reinforces this misconception. The real issue is the ideas, beliefs, practices, and ethics associated with a society’s resistance to diversity. Principles of cosmopolitanism can be woven into national citizenship education. Therefore, a new philosophy of knowledge would have to be transformed. Pragmatic pedagogy that requires learners to activate their own life experience and cultural intuition to examine historical narratives and discuss human rights issues would be a more effective stimulant to their self-constructs of national and cosmopolitan citizens than rote memorization of content knowledge.