Growth and fortunes of Western European populism(s): does the French presidential election mark a stop or (more likely) a parenthesis? 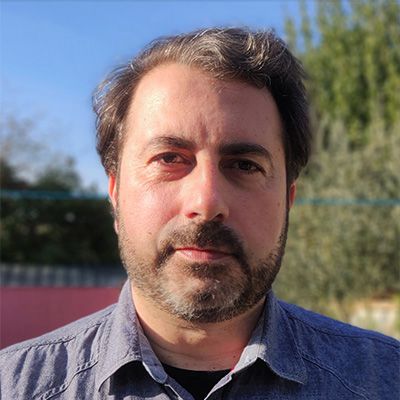 Is Europe in the process of colonization by a populist mind-set? One can ask if such a tendency is a matter of ideology, mere rhetoric or a renewed political style. Over the last three years, populist forces have dominated the political agenda on various occasions, from the European elections in 2014 to the French presidential contest this May, including “Brexit” in 2016. Most policy analysts consider that there is one major reason for the increasing disaffection of the people with European bureaucracy. Surveys show a perception of acute disempowerment, on which the populist and Eurosceptic forces have cleverly capitalized to attack both national and European bureaucracy and elites. Since the economic and financial crisis in 2008, populist radicals of all orientations strategically accentuated their anti-globalization, nationalist and protectionist messages with a social protectionist stance vis-à-vis the immigration “threat.” Political parties such as the Dutch PVV, the FPÖ or the French FN portray themselves as the last guardians of the welfare state and attack the economic austerity endorsement of government parties in line with the EU or IMF. They seem sympathetic to the pro-welfare positions held by the Scandinavian populists, the Danish People’s Party, the Progress Party in Norway or the Swedish Democrats.

In France, the National Front lead by Marine Le Pen has convincingly endorsed the social-populist agenda, borrowing many of its proposals about wages and pensions from the Left, attracting renegade voters from the traditional electoral base the Socialist Party. Both the Global Commons Review 1 s Oct. 2017 s Cover s Contents s About Us 29 European elections (2014) and the French presidential election (2017) confirmed the consolidation of a working class base for the populists. This is the case in Austria as well. Many analysts described the so-called ‘European populist wave’ as a manifestation of the economic and social crisis, reminiscent of the rise of fascism in the 1930s. On one hand, the process is supported by the “victims of modernization” whose reactionary stance seems made up of social frustration, material distress, loss of political and national identity landmarks, as well as fear of precipitous financial and social decline. On the other, this implies acute individualization, and rampant disaffection with the political status quo.

European common ground has been invoked in every electoral campaign in France, while the process of economic globalization has been identified as a major cause of concern by both Right (Le Pen - Front National) and Left (Mélenchon – La France Insoumise). European “democratic fatigue” is hard to miss. In fact, populists take advantage of voter absenteeism, although this does not automatically translate to votes in their favor. It’s a crisis of representation. Another disturbing trend is the growing attraction of very young people to populist movements.

The rejection of ethnic pluralism is another cornerstone of extreme right wing populism. Since the 1980s’ tsunami of refugees and asylum seekers, immigration has been a hot button issue in Europe, precipitating a spike in xenophobia. The specter of a multi-ethnic society and the dilution of national narratives, linked to the nightmare of Europe’s imminent “Islamization” were motivating forces. Fear of immigrant criminality coupled with the provision of welfare services to the newcomers amid record unemployment have spurred outbreaks of active xenophobia. Ubiquitous debates about identity and multiculturalism have polarized the populace.

Against this background, the election of Emmanuel Macron as President of the French Republic seemed a populist response to the tumult. His election challenged, shocked and vanquished rival traditions and parties. Perched on the pinnacle of European social-liberalism, Macron’s Global Commons Review 1 s Oct. 2017 s Cover s Contents s About Us 30 success hinged on a resolute transgression of the traditional Left-Right cleavage, combating the populist faith in decline with neoliberal optimism. He tackled the National Front head-on, revealing its weaknesses.

Macron’s show of strength was impressive but France’s future, like most of Europe’s, remains divisive and murky. The second round between Le Pen and Macron presaged the division between voters who are afraid of globalization and those who embrace it. Above all, La Republique’s divisions are classist and territorial (urban vs. rural). ‘Dégagism,’ a term popularized by the progressive Mélenchon to designate the process of exclusion of traditional parties was a prime factor, as the populists anticipated—as it turned out, to their detriment. Macron was the sole candidate to confront the contradictions, replacing xenophobic populism with economic optimism.

Macron’s victory signals a salutary slowdown of the spread of European xenophobia, which had assumed tidal wave proportions after “Brexit” and the triumph of Trump. In France, the most pro-European candidate defeated the most nationalistic candidate. The champion of social-liberalism stunned the champion of xenophobic populism, at least temporarily. Macron’s win expressed a democratic thumbs down by the French electorate to the anti-Muslim, anti-immigrant hatred and volatile nationalism of the followers of Marine Le Pen.

Despite the sighs of international relief that greeted the Macron’s coup de grace, his Presidential actions must follow suit, otherwise both Left-and Right-wing populists will pounce on his failings as mere deviations from destiny. Containing populism in a sustainable way requires social justice. In France’s case, this means renewed attention to the obstacles of integration including discrimination in housing, education, and employment and the maintenance of democratic order when faced with fascist provocation. The failure of the unsuccessful contenders was due to their inability to avoid mimicking populist demagogy. French voters manifested a vigorous defense of democratic principles, which Global Commons Review 1 s Oct. 2017 s Cover s Contents s About Us 31 had positive repercussions throughout the European Union. Like Angela Merkel in Germany and Justin Trudeau in Canada, Macron proclaims the core values of human rights that populists reject.

The defense against populism can never be carried out without the adherence of public opinion to the values that have been the breeding ground of our democratic societies. These values need to be constantly reaffirmed through the formation of citizens promoting global, ecological and human rights. Populism is the expression of profoundly divided societies, fuelled by social, moral and identity crises. To combat the fear and insecurity of significant parts of our societies, especially among vulnerable youth, progressive political forces must work tirelessly to replace the fiction of societal decline with the possibility of social conquest.

The French are wedded to the revolutionary and democratic ideals of liberty, equality and fraternity that fueled the short-lived but epochal Paris Commune. The rise of populism does not negate this triumvirate. Rather, in a context of increasing inequalities, it indicates the failure of French suffrage to uphold these ideals. For citizenship education, this is the goal of goals. The primary response of a healthy society to the populist challenge is to reactivate a coherent democratic project on the social and human level, one determined to end injustice through the permanent construction of an active and enlightened citizenship.