From cultivating modern national citizens to global citizens: the transformation of Chinese citizenship in the process of globalization 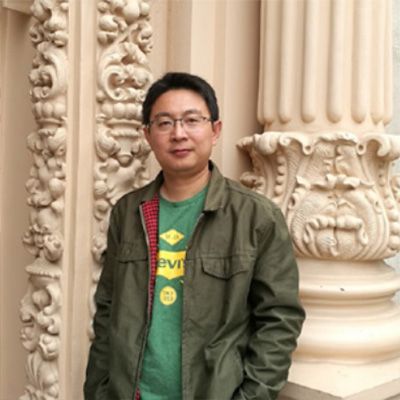 Different nations have different understandings and experiences of citizenship education. Citizenship education in the Chinese context is often referred to as civic education, with the main purpose of training qualified students to serve the state. As a country with a long history, civic education originated early on in ancient China. Since the time of Confucius, Confucian educational thought has significantly permeated the values of what is means to be a good citizen. For instance, there is a saying “Courtesy is the base of self-cultivating, family-regulating, state-ordering and the land under great governed.” As time progressed, Global Commons Review 1 s Oct. 2017 s Cover s Contents s About Us 24 each dynasty had different ideas of civic education based upon their various ethnic backgrounds. In more modern times, civic education came to be associated and influenced by the Democratic Revolution period, experiencing several stages including: “the New civilian education” that stemmed from the late Qing Dynasty to the New Cultural Movement period; “Nationalist education,” which was the mainstreamed during the Anti-Japanese War period; “the People’s Democratic education” in the early days of the founding of new China; the revival of the civic education thought after the reform and opening up of China; and the modern citizen education with the aim of promoting “socialist core values”.

Although different scholars in China interpret civic education from different perspectives, they can be arranged in two perspectives: First, broadly speaking, it refers to a variety of educational measures that cultivate people’s effective participation in national and social public life, covering all levels of education from compulsory primary education to higher education. Alternatively, there is a narrow understanding, which means a kind of citizen discipline that a person is armed with to be a vocational worker for the state. But unlike most Western concepts of civic education, which focuses on civil rights, China’s civic education emphasizes the fulfillment of obligations, and civic education essentially serving the ruling class. China’s civic education system has three main content components, including ideological and political education, patriotism education, and moral education. China’s modern civic education includes three goals: First, is the goal to foster the relationship between citizens and state, cultivating citizens’ legitimacy of the national and legal systems, and the realization that citizens must have the inalienable right and responsibility to their country, to carry out their own political power, and to actively assume the responsibility of supervision and political participation through a kind of social awareness. Second, is the goal to foster the relationship between citizens and others, which Global Commons Review 1 s Oct. 2017 s Cover s Contents s About Us 25 includes civic ethics, civil rights and obligations of education. Last, to promote the modern spirit of democracy, freedom, equality and sovereignty, which provides the criterion of public life in modern society and a basis for quality of life among citizens.

China in the 21st century, after 30 years of reform and opening up and within the current era of globalization, has become an important political and economic world power. For example, China is promoting a “one belt and one road” strategy, further increasing overseas investments, foreign influence and soft power, as well as its internationalization in terms of transnational flows of people in and out of China. These policies are creating an influx of thought and new ideas, and a diversity of cultures. During this process, the values of the younger generation will be more diverse, and civic awareness will be further awakened through the Internet and other forms of global sharing of information and exposer to multiculturalism. With regards to the impacts of globalization, China needs to reestablish new concepts of civic education that attempts to balance the preservation of cultural features with international standards, and further establish the image and practice of a good international citizen. Additionally, with the increase to environmental pollution in recent years, brought about by the various side effects of Global Commons Review 1 s Oct. 2017 s Cover s Contents s About Us 26 globalization, citizens have began to question the excessive pursuit of development models based upon expansion of economic GDP, and actively seek solutions grounded in environment protection and sustainable development. In this reality, Chinese civic education begins to face conflicts between internationalization and localization, which presents an important question: how to reanalyze civic education given the background of globalization and modernization? The focus would be on the impacts of globalization including how new concepts, practices, and policies of civic education in China can be adapted. Secondly, there is no doubt that the Chinese government is displaying an increasingly influence on the international stage. Therefore, the cultivation from the national citizens to the global citizen should become a new topic within current Chinese education. The Chinese government must possess a large number of internationally minded talents to support their global endeavors. The differences between international civic education and national civic education lies in the need to foster a global awareness of global concern and a global consciousness, so it requires citizens not Global Commons Review 1 s Oct. 2017 s Cover s Contents s About Us 27 only to perform basic rights and obligations of citizen at the national level, but also to master global knowledge and global citizen skills and responsibilities. Chinese civic education must regard cultivating global citizens and culture identity as a new trend of civic education reform.

Within the context of globalization, I propose some recommendations for Chinese civic education: 1) Goals: From the development of qualified personnel for the society, to the promotion of the overall development of human beings; 2) Mission: Should be transformed from the accumulation of knowledge, to the practice of sustainable development; 3) Characteristics: from collectivization and standardization, to individualization and individualized education; 4) Organization: from the classroom as the basic system, to the problem-centered interdisciplinary structure; 5) Equity Education: from the general rights of all people to education for equality of opportunity, equality of process, the results of equality; 6) Teaching methods: from theoretical knowledge, to emphasize the practical and creative processes including social experiences and engagement.