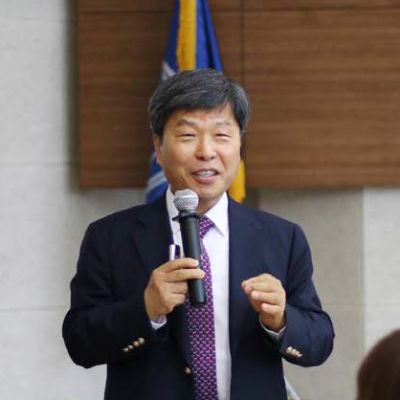 When our aspirations for a more peaceful and sustainable future are stronger than ever before, the recent Winter Olympic Games held in February 2018 in Pyeongchang, South Korea, showed us again how Olympics as a global sports festival could contribute to promotion of peace and global citizenship. In this article, I will review the contribution of the Pyeongchang Olympic Games and the educational opportunities presented in enhancing Global Citizenship Education (GCED).

Success Motives of the Olympics

Originated in Greece, the Olympics was resumed by Pierre de Frédy, Baron de Coubertin, in 1896, with the aim of ‘contributing to a peaceful future for mankind through the educational value of sport’1 . Recognizing the potential of the Olympics as a contributor to peace has also been integrated in the work of UNESCO. The International Charter on Physical Education and Sport recognizes the Olympics as a powerful tool for enhancing community spirit and respect for all as well as individual well-being and self-development2 . In 1993, United Nations also declared 6 April as the International Day of Sport for Development and Peace.

The revival of the Olympics was made possible because of the strengthened political foundation of the establishment of modern nation states. Olympic athletes participate in each game or a match as an individual player or as a team representing their countries under their national flags. It can be said that the manner of international competition has played a crucial role in making the Olympics popular and successfully expanded. If the nationalism underneath the medal competition is the first success factor, another success factor of the Olympics is the promotion of the sense of belonging to a global community. These two seemingly contradictory factors make a harmony in the Olympics.

The second motivation factor of the Olympics, ‘the sense of belonging to global community’, can be found in the way that the more countries take part in the Olympics the more successful it is considered, and that the Olympics provides a platform for a global peace festival through sports beyond nationality, ethnicity, culture and religion. Even though they have a different nationality or religion, in a match with the spirit of fair play exercised, both winners and the defeated get applauses of congratulations and encouragement. Not only countries at war but also hostile countries participate in the Olympics following the revived Olympic Truce, a commitment to safety and peace around the Olympics, in the form of the UN Resolution on Olympic Truce. Through the quadrennial Olympics, we get opportunities to feel like we belong to one community even though the world is divided into a number of countries.

The Olympics shares common objectives and values with Global Citizenship Education (GCED). Global citizenship refers to a sense of belonging to global community and common humanity. It is about experiencing solidarity and collective identity among people and collective responsibility at the global level. It should also be pointed out that GCED is built on a lifelong learning perspective and that it Global Commons Review 2 s Spring 2018 s Cover s Contents s About Us 116 can be delivered in all modes and venues of delivery for learners of all age groups3 . In this context, UNESCO conceptualizes GCED as “a framing paradigm which encapsulates how education can develop the knowledge, skills, values and attitudes learners need for securing a world which is more just, peaceful, tolerant, inclusive, secure and sustainable”4 . In a pedagogical guide developed by UNESCO, GCED is based upon the three learning domains5 :

- Cognitive: knowledge and thinking skills necessary to better understand the world and its complexities
- Socio-emotional: values, attitudes and social skills that enable learners to develop affectively, psychologically, and physically and to enable them to live together with others respectfully and peacefully
- Behavioral: conduct, performance, practical application and engagement.

Through the Pyeongchang Winter Olympics, we saw again that the Olympics can play an international political role as a Peace Maker and provide great opportunities for GCED. Until the beginning of the Games, military tension around the divided Korean peninsula had escalated and reached its highest peak with growing concern over another war crisis on the peninsula.

However, the Olympic Truce was exercised again and the Pyengchang Games became a ‘Peace Olympics.’ People around the globe witnessed unlikely developments on the divided Korean peninsula: the athletes of the two Koreas marched again under the same flag; the two Koreas also formed a united Olympic team in women’s ice hockey for the first time in Olympic history; and a seemingly war crisis on the Korean peninsula was magically turned into a high-level diplomatic breakthrough. A series of inter-Korean talks around and during the Olympics have eventually led to the commitment to the inter-Korean summit and the North Korea-US summit in April and May 2018, heightening our hope for a more peaceful, de-nuclearized Korean peninsula.

What is more significant is that during the Winter Games, people around the globe were able to enhance their global citizenship. While cheering for the athletes representing their countries, people had opportunities to better appreciate the cultural diversity through the athletes from 92 participating countries and learn about those issues of global concern on the Korean peninsula. In this process, those people witnessing the hopeful developments during the sports festival in Pyeongchang were able to experience solidarity and collective identity as global citizens.

In order for the Olympics to further contribute to the humankind, it is necessary to expand the opportunities to foster global citizenship through the Olympics. If we can promote and deepen global citizenship, there is no better place for promoting Global Citizenship Education than the Olympics. When the Olympics can be a strong foundation of global community-building, it would become a truly Global Commons Review 2 s Spring 2018 s Cover s Contents s About Us 118 significant event for humanity which contributes to the advancement of human civilization.

In order to effectively tackle global challenges facing us, it is crucial to enhance Global Citizenship Education. This approach is at the core of the SDG 4 on quality education particularly target 4.7. Educators could pay attention to the educational opportunities presented by the Olympics or education on the value of sport in fostering global citizenship. The elements of GCED learning domains, particularly of those of socio-emotional domain – such values as respect for diversity, empathy and solidarity – could be effectively taught through the Olympics and its related events including the Paralympics, Youth Olympic Games, and Special Olympic Games.

Global Citizenship Education should go beyond a school, curriculum, textbook and a teacher. We should try to fully utilize the potential of such global sports events as the Olympics to draw international attention to GCED and take one step closer to the global community-building. In this vein, it is noteworthy that the Pyeongchang Winter Olympics is to be followed by two more Olympic Games in Northeast Asia: 2020 Tokyo Olympics and 2022 Beijing Winter Olympics. It is hoped that these Olympic Games will be organized focusing on the themes of ‘global citizenship’ or ‘Global Citizenship Education’.

UNESCO (2014). Global citizenship education: Preparing learners for the challenges of the 21st Century.