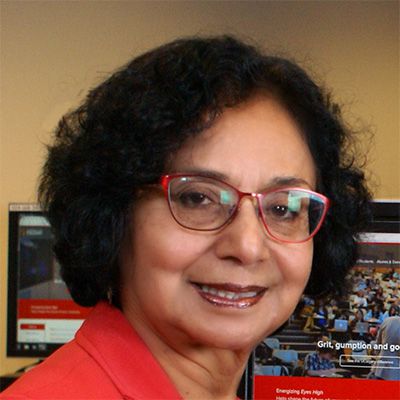 Contemporary challenges brought about by violent transnational phenomena such as globalization, terrorism, rising economic disparities, massive displacement of people, and global warming require global and coordinated efforts for peaceful development and change. Globally, youth must be empowered to be resilient and become citizens of the world because the very existence of this earth is at stake. Global citizenship does not exclude citizenship in one’s country. It simply means that we re-think the concept of “citizenship” through a cosmopolitan lens, as a “global field of negotiated practices” rather than as an institutionally and legally determined status (Jahanbegloo, 2017). Simplistic and single-levelled approaches to citizenship are giving way to multi-dimensional and multi-level practices reflecting the complexity of the various actors and their engagement/activities involved from the local to the global levels.

Empowering youth to be responsible, innovative, engaged and critical citizens is a tremendous responsibility for education. Since youth spend a large part of their years in the educational system the schools must take their task of socializing youth seriously by equipping them with intercultural competence and an understanding of difference.

At a time when the neoliberal agenda for economic educational competence is picking up greater momentum, the need for global minded citizens has never been more acute in this complex and interdependent world. The major challenge for global citizenship education is connecting the students with the world and its future: transcending individual and group differences, developing an awareness of rising inequalities and their responsibilities to their local communities, but also to the world at large. Global citizenship is about a “change in the level of consciousness”, and in education it should be part of a dynamic, transformational framework to prepare for a future world (Haigh, 2013). Global citizenship education is ultimately about finding peaceful means to achieve global social justice.

Recognizing the importance of peaceful and sustainable development, UNESCO held a Forum on Global Citizenship Education (GCED) in 2015 with an overall theme of ‘Building peaceful and sustainable societies: preparing for post-2015’. While the first UNESCO Forum on GCED (2013) clarified its conceptual underpinnings, the focus in 2015 was on exploring the linkages between education and peace.

Gandhi is known for his peaceful, unconventional, non-violent strategy to bring about Independence to India from British colonialism. His concept of satyagraha (holding on to the truth by non-violent resistance to evil, by refusing to submit to the wrong) has influenced several 20th century leaders such as Martin Luther King and Nelson Mandela. Gandhi wrote in the Harijan, a newspaper that he published:

I am deeply interested in the efforts of the United Nations Economic, Social and Cultural Organization to secure peace through educational and cultural activities. I fully appreciate that real security and lasting peace cannot be secured so long as extreme inequalities in education and culture exist as they do among the nations of the world (Harijan, 16-11-1947, pp. 412-13).

Gandhi himself did not discuss citizenship extensively although his plan for Basic Education or Nai Talim aimed at developing moral citizens for an independent India. He thought of himself as a citizen of the world.

Educated in both India and England where he became a lawyer, Gandhi had lived also in South Africa. His ideals of Ahimsa (non-violence) his core principal, as well as satyagraha (truth) and Sarvodya (the welfare of all) were influenced by Eastern and Western scholars alike and have much relevance to global citizenship education today.

He had an inclusivist vision of the world which he saw as being composed of many cultures, all interrelated by common moral principles and each with its profound contribution. Embedded on the wall of his ashram at Ahmedabad is one of Gandhi’s famous quotes:

I do not want my house to be walled in on all sides and my windows to be stuffed. I want the cultures of all lands to be blown about my house as freely as possible, but I refuse to be blown off my feet by any.

He believed that one has to be rooted in one’s own culture to understand the other. “Gandhi’s intercultural approach to the ideas of civilization and citizenship is a form of cosmopolitanism that refrains from monolithic moralizing and gestures instead towards a comfort with difference, alterity, and otherness”. (Jahanbegloo, 2017). Gandhi said: “I believe that if one man gains spiritually, the whole world gains with him and, if one man falls, the whole world falls to that extent” (Young India, 1924:398). He recognized the interdependence of humanity and the need to identify with the whole of humanity.

To Gandhi education meant developing an ethic of responsibility and ecological awareness for sustainability and greater appreciation for all living organisms. Although Gandhi did not especially discuss ecological sustainability, his ideas have inspired several ecological movements in India and perhaps elsewhere. Gandhi’s educational theories were shaped by a firm belief in God, dignity of human life and dignity of labor, which emphasized learning by doing as well as non-violence. He focused on education through crafts so that students would learn by doing, combining manual work with education, and vocational training so as to sustain their schooling.

The concept of citizenship is usually tied to the idea of rights and privileges. Although a victim of unequal rights that Indians suffered in their own country Gandhi was deeply committed to obtaining equal rights for Indians during colonial rule (and for Indians after independence). But his chosen method was non-violent force – to resist a wrong, moral strength was more effective. To Gandhi, however, rights had to be accompanied by duties: it was more important to adhere to one’s duty so that true freedom would come only by performing one’s duty: freedom from colonial rule as well as from one’s ego at the individual level. Gandhi had great respect for the law although he experienced discrimination due to unequal treatment by the British in India and South Africa. Nonetheless, he supported the British in South Africa in their war against the Boers even though his sympathies lay with the Boers because he thought it was his duty as a British subject to support the British forces. Gandhi was severely criticized by Ambedkar, the author of the Indian Constitution, and others of uncritical loyalty to the state. Ambedkar questioned Gandhi’s fight for the rights of Indians while domestically, the caste system in India was (and continues to be) a matter of extreme injustice. Gandhi sought to improve conditions for and the education of the lowest castes (untouchables) and even wrote in his newspaper the Harijan: the untouchables “should be taught to assert their rights of elementary citizenship” (Harijan:23 February 1934). He was very much aware that marginalized groups not only have less rights, they have many more duties that are not accompanied by rights (Lal,2008). Yet, he did not strike at the heart of the problem of unequal rights which is the social structure of caste. As a matter of fact, he supported the hierarchical social order. This has caused many problems in independent India. Ambedkar was of the opinion that people should have universal rights by virtue of the fact that they are human, not because they belong to any particular group (e.g. caste).

There are therefore, contradictions in Gandhi’s message. But his significance for global citizenship education is in his message of non-violence for peaceful development and change, for an ethics of care and moral togetherness in a fractured world.