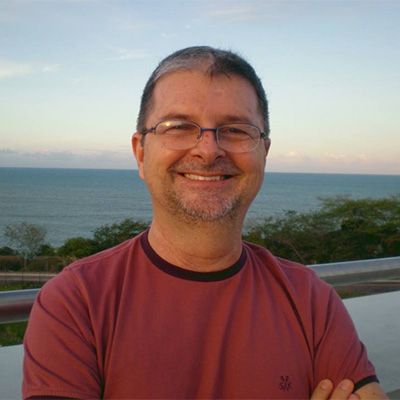 The comic-strip cartoon character Maria was created by Henrique Magalhães in 1975 in Paraíba, a state in the Northeast of Brazil. The initial storyline was about a woman around 30 years of age, single and on the hunt for marriage. The cartoon was created with the goal of shedding light on the world of women, presenting a woman as a protagonist, contrary to the typical secondary roles usually intended for women in these kinds of works.

The first comic strip is symbolic of the stance addressing one of the most problematic issues facing women: the indiscriminate use of their representation as an object of masculine desire by the culture industry and the media. In the issue, Maria and her companions are in a social movement and decided to conquer men with the weapon that seduces them: the idolized image of the sensual woman. While Global Commons Review 2 s Spring 2018 s Cover s Contents s About Us 43 pointing out the contradiction between that image of the sensual woman and the concrete reality that women fighting are ugly and not even a little picturesque, it shows the fetish of the object of masculine desire.

From the start, Maria shares the cartoon with two companions: Pombinha, a young girl around 18 years old, at times naive, who searches in Maria answers to her existential questions; and Zefinha, a character who almost always contradicts Maria’s stances, forcing her to confront the political issues of the daily life.

After just a short while, Maria departed from the comic’s original burlesque mindset – the search for marriage or a partner – to reflect the problems affected Brazilian society during the time of military dictatorship – instituted in 1964 and would last until 1985. The au- Global Commons Review 2 s Spring 2018 s Cover s Contents s About Us 44 thor’s enrollment in the architecture program and later journalism at the Federal University of Paraíba made him see this oppressive reality with more intensity, directing his creation to the fight against the status quo and authoritarianism.

By the late 1990s, Maria was published in Paraíba’s daily newspapers, while at the same time alternative, self-funding magazines of Maria were being circulated within the underground media markets. The first series had 10 newspapers and was enclosed with the graphic novel “Maria: the Greatest of Subversions,” in which she tackles homosexuality among women. The book came out in 1984, the final period of the military dictatorship, when social and cultural issues became prominent in political struggles.

With that book, in which Maria declares her love for Pombinha, we have the first appearance of the homosexuality and lesbian issues in Brazilian comics, defining the profile of Maria from then on. The Global Commons Review 2 s Spring 2018 s Cover s Contents s About Us 45 character became more thoughtful and intimate, but remains critical as ever. From exclusively local problems – like the political situation in Brazil –, Maria also started to address more universal issues, choosing the fight against discriminated minorities, as well as loneliness in urban centers, and the criticism of prejudices. Irony is the mark of Maria, a characteristic that extends to all of her friends.

Maria returned to newspapers circulation between 2012 and 2014. Since the 1990s, several books have been produced by collecting comic strips published in newspapers, with new ones continuingly being produced. Some books had a commemorative style, like “Maria: Witty for 30 years” and “Maria: 40 Years Old and Looking Good”; others reached Portuguese publication through the editor Polvo, of Lisbon, like “Her Name: Maria! Her Nickname, Lisbon” (2015) and “Maria: the Greatest of Subversions” (2017), this being the revival of the work launched in 1984, but which was surprisingly current.

The first graphic novel launched in Portugal, “Her Name: Maria! Her Nickname, Lisbon,” won the 2016 prize for best comedy publication in the Amadora International Comic Book Festival – Ama- Global Commons Review 2 s Spring 2018 s Cover s Contents s About Us 46 dora is a city located in the metropolitan area of Lisbon. This extraordinary achievement included the participation of Maria in an exhibition, the launch of a new book, and a presentation by author during the 2017 edition of the festival.

The international adventure of Maria also has a place in the Angouleme International Comic Book Festival, in France, in which the character participates with the newly published series of magazines – Maria Magazine – and nominated for the Alternative Magazine Prize. Additionally, Maria has reached the Anglophone world with the airing her humor in the Global Commons Review, a publication of the Paulo Freire Institute, University of California, Los Angeles and the UNESCO-UCLA Chair.

The recognition of Maria was given not only by the public – the character had a large audience in the State of Paraiba, mainly on university campuses, in the period in which it was published in the Global Commons Review 2 s Spring 2018 s Cover s Contents s About Us 47 journals – but also among scholars. In 2016, Maria was the subject of two extensive studies, the first being a post-doctorate from the University of São Paulo, by Professor Regina Behar, with an analysis of Maria’s political trajectory and character development; and the second, an essay by Professor Nadja Carvalho, from the Federal University of Paraíba, that addressed the intimate aspects of Maria.

In addition, in celebration of the 40th anniversary of the character Maria, “Eu sou Maria” (I’m Maria), a 2015 video documentary was produced by Regina Behar and Matheus Andrade, with an interview with the author. In 2017, another video documentary entitled “Maria for Marias”, by Karla Karini, was produced with the edition of Adelcidio Soares, as a final monograph for the Communication in Digital Media Course at the Federal University of Paraiba.

These productions, more than tributes or records of memory, show that the character still lives, present in the taste of readers and relevant within Brazilian comic scene, despite its marginal condition in the publishing market. The strength of Maria always was in alternative or independent production, which guaranteed her complete freedom of expression and critical vision.

The insertion of Maria in other cultural contexts, like in Portugal, in the United States, and in Argentina – where it will appear in a specialized magazine – and France – having been published in the independent magazine “La bouche du monde” [The Mouth of the World] –, confirms the worldwide value of her cartoons, a goal that was not originally intended, but was developed as the character evolved.

Maria and the issues that she discusses transformed her into a global citizen by addressing the common problems of needy and exploited communities, the issues of gender and homosexuality, discriminatory and exclusive politics, corruption and contradictions of democracy. Maria, in her own way, is the voice of the marginalized and carries the strength of those who do not allow themselves to be left behind. 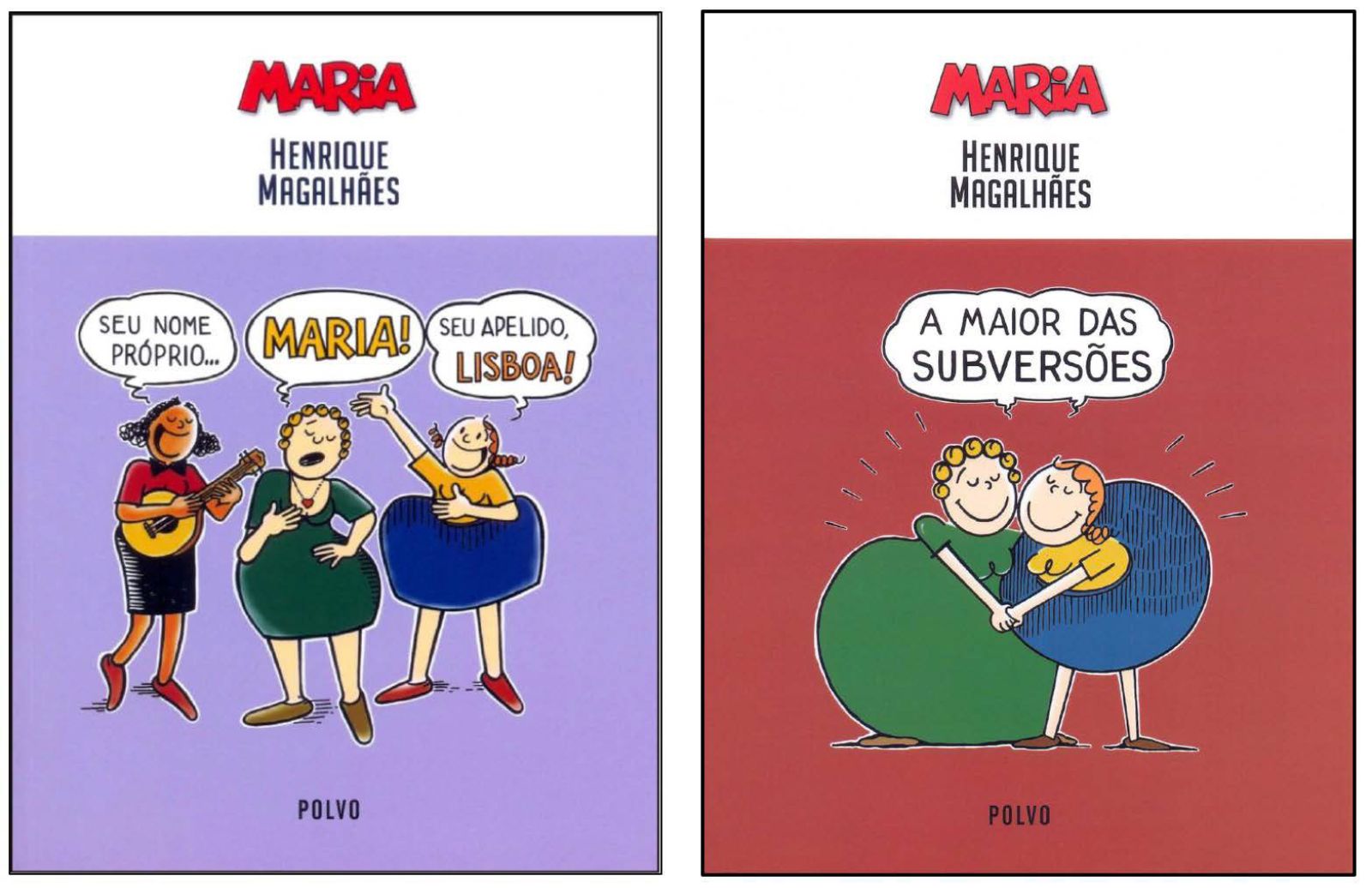