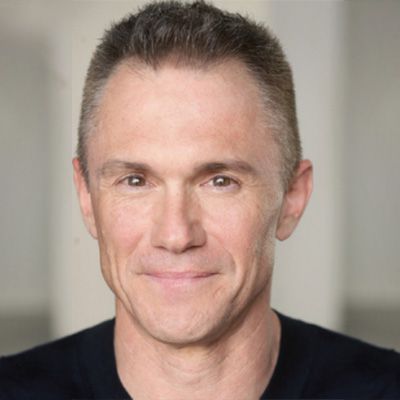 The question of civics in China is a controversial one due in large part to the multiple dimensions of experience captured in the civic ideal inherited from Greece and Rome and from the Italian city-states of the early modern period.

One influential point of view, dating back to Hegel, holds that China did not develop a true civic sphere because the State swallowed civil society.

Not only was the state strong, it went through long epochs dominated by foreigners (Mongols, Manchus), and for reasons like this China never devel oped a sense of local citizens collectively participating in self-government, steering policy through debates about the common good. Some might put forth, as evidence of this civics suppressive tendency, the prevalence in 21st century China, of GONGOS – government organized non-governmental organizations. In contrast to other countries, where NGOs bring together associations of people in civil society to address issues of the common good, in China such gatherings have to follow administrative guidelines set by the Chinese Communist Party, a political party dedicated to Marxist Leninist principles portraying the state as an oppressive apparatus in class warfare rather than as the expression of a freely debating population.

Another tendency pushing against the development of a civic sensibility is the strong stress that Confucianism and Chinese popular morality place on focusing one’s altruistic energies on other members of one’s family and clan. In Greece and Rome, people were encouraged to look beyond the border of tribe and ethnicity to conceive of a common city-state-level political identification – African and Hebrew people could claim Roman citizenship even though they were not Latins. Identifying with the civic, was the res publica (literally, the public things) focusing on common affairs such as highways, temples and the legal system, which could be seen as belonging to all people due to their civic membership rather than their status within a clan. But in China, the focus remained on the clan and its connections. The early 20th century Confucian Liang Qichao (1873-1929) wrote of how the building of New York’s Central Park would be inconceivable in China because there was so little sense there of a public sphere or of a public good that would serve all families. It is considerations like these that have led thinkers both in the West and in China to see the country as one of subjects rather than citizens, with the state conceived as an oppressive apparatus more frequently than as the executive arm of the will of the people, and with the family and clan as the focus of common concern rather than the public as a whole.

This vision of things has been somewhat shaken in recent years by the revival of interest in the humanistic service-oriented dimension of Confucianism and also by historians’ attention to the powerful forms of regional associationalism, which served as an alternative to the dominance of the dynastic capitals from the Northern and Southern dynasties period onwards.

Especially after the Song dynasty, when the number of people trained in Confucian service philosophy vastly outnumbered the available postings in the public service, gentry families at the local and regional level compacted with each other to try to provide public services such as education, famine relief and moral inspiration. This altruistic service ideology (akin in some way to Cicero’s ideology in On Duties, but with a vastly more sophisticated metaphysical apparatus) served as a foundation of gentry self-respect. The so called Ru thinking associated with the shi, the service gentry, promoted a form of pro-service networking at the local level which might see as having some of the characteristics of a quasi public sphere.

Thus under the influence of writers such as Tu WeiMing (1970s), Li Zehou (1980s) Peter Bol (1990s) and Dieter Kuhn (2010s) the idea that Confucianism cultivated a sense of quasi-public serviceability has become more influential and some might now see in Confucianism a latent civic point of view. After all, if we see the Western civics ideal as summed up in Lincoln’s Gettysburg motto “of the people, by the people and for the people” then one of the principal dimensions of the civic ethos is a concern with providing services for the people, the promotion of which Confucians took as one of their central missions.

The question of the place of civics within Chinese thinking is thus rendered puzzling by the multiple dimensions of the ideal of civics itself. If the stress is placed on the “by the people” dimension of the civic republican ideal, then the answer is clearly no – China has never had a public sphere in which the population has been able to discuss its future in free and open terms. If we interpret the civic as public concern and serviceability to an ideal of the public good, however, we find considerable intellectual elaboration of this ideal in Chinese thinking.

Confucianism’s extreme focus on clan relationships was, in other words, just one aspect of a multi-dimensional philosophy, which, especially after the Song dynasty, made an athletic devotion to public service seem the principal difference between the Confucian and Buddhist ways of life. Leave it to Taoists to concentrate on their own longevity and to Buddhists to fritter away their service energies while humming to themselves in their forest monasteries; the Confucian would be out building canals, educating the young and overseeing the music and choreography of the public festivals.

If that isn’t a civic point of view, then what is?

Evidence for the existence of a latent civics ideal in Chinese thinking might be in the way the Chinese exam system, as well as the responsible gentleman ideal that powered it, influenced the Northcote–Trevelyan reforms of the 1850s through which the British adopted a civil service examination system. Theodore Roosevelt was inspired by these British reforms to build a more neutral civil service system in the United States so as to replace the spoils system inherited from the Jacksonian period.

Thus even the United States might be seen as having experienced the (indirect) influence of the Chinese public service model. If the idea of a civic spirit were truly absent from China then why were Western public service reformers of the 18th, 19th and 20th centuries able to learn so much from the Chinese example?

Against those who portray China and the West as deeply different from each (one civic in spirit, the other not) one might also point to borrowings in the other direction. Marxist Leninism, with its vision of a universal class that should be the focus of state beneficence, might itself be seen as an offshoot of the Greek and Roman civics ideal so that Maoism, which borrows so much from Marx and Lenin, might be seen as establishing an offshoot of Western civics thinking at the roots of  modern Chinese political culture, borrowing from the West to counteract the gravitational pull of familistic Confucianism. When learning can move back and forth in this way, one knows one is not in the presence of deeply incommensurable cultures, but of ones that mirror, overlap and mimic each other.