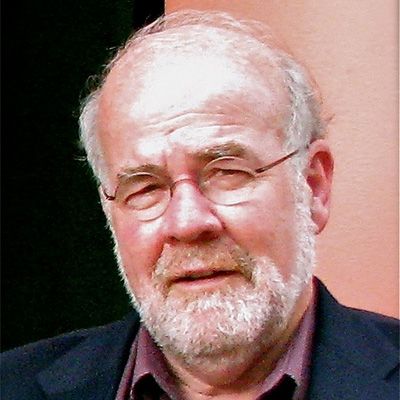 The pursuits of global citizenship projects are both tantalizing and vexing. Despite various treatises and attempts to dissect and categorize various forms based upon their assumptions, motivations and nature, current manifestations still appear to be more a way of categorizing our existing states and engineering its directions in a fashion that falls short of transformative, ethical and ecological standards (Misiaszek, 2015; Stein, 2015; Torres, 2015). As a global academic with international interests and a history of engaging in educational research especially literacy research in different countries, I am intrigued by a world which pursues forms of eclectic engagements that might embrace our global diversities, challenge isolationism and pursue transformative changes that are organic. Currently, I am engaged in working in the area of cultural ways of knowing as I vie to support my Australian aboriginal colleagues in contemplating indigenous ways of knowing. In Asia, especially China, I have been studying their epistemological and rhetoric tendencies as they vie to accrue recognition for their publications in touted western outlets (Tierney & Kan, 2016: Tierney, Ran, Kan, 2016). In the United States and Canada, I seem to shuttle across locales as we become increasingly more engaged in conversations about internationalism and forms of participatory literacy research especially in response to growing needs for diverse and sustainable improvements.

But it is a struggle to position oneself and navigate a course against the prevailing global forces and what seems like a common pattern of global developments. Despite calls for critical reflexology, global proj- Global Commons Review 1 s Oct. 2017 s Cover s Contents s About Us 76 ects remain tailored to the west in a fashion that befits colonialism (Abdi, 2015, Connell, 2007; Nozaki, 2014; Takayama, 2014; Takayama, K. Sriprakash, A., Connell, 2017). Sometimes international aspirations become a form of manifest destiny tied to imperialism or westernization. And, our western universities are often accomplices in these endeavors as they align their scholarly pursuits and educational engagements with western models. They recruit southern and eastern international students expecting them to disavow what they know as they are schooled in western thought and practices without regard for the possibility of bridging to and from what they bring (Singh, 2011). They pursue rankings tied to western standards rather than a more eclectic orientation, which extends to eastern and southern advances. They often pursue beachheads or market their brand of programs as a means of infiltration and vehicle for profit. While touting their international partnerships, global aspirations and responsibilities, they advance forms of western exclusivity and superiority (Torres, 2015; Zhao, Beckett, Wang, 2017).

Such international developments and networking do not cloak western commodification nor do they hide whose interests are served and sometimes their usurping and bypassing of the community’s interests even as they extoll social justice agendas. Sometimes universities, global governance groups and charities have international ambitions without regard for reciprocity and respect. Universities are not the sole perpetrators; the governance of global enterprises can be skewed. Open-access and networking (e.g. Facebook, Inc., Google Inc. and multinational companies) may give the appearance of outreach and development as they troll for their own global advantages. We have the potential to contribute neo-liberal agendas despite the guise of critical reflexology and the participant of critical theorist and allies. Unfortunately, it is easy to be either blinded as one comes face to face with the opportunities that present themselves. It is easy to be overwhelmed by the traffic that is encountered in these spaces or to be deceived by claims that change is inevitable or warranted or can be steered toward positive change with little or no collateral change to organic developments. We need to avoid self-deception and acknowledge when there is the façade for self-interest or the possibility of complicity with misdirected agendas.

Perhaps we begin by opening up spaces where multiple perspectives are contemplated amidst discussions of global mobility, the global knowledge economy, nationalism and internationalism, western exclusivity and indigeneity. Perhaps global citizenship might be positioned to disrupt racism and ethnocentrism moving us beyond powerful forces that continue to marginalize or displace others -- shackling them to the ways of knowing of the dominant groups and forcing them to barter in our currencies and be foreigners in a homeland where neither they, their ancestral worlds nor the natural world are respected (Misiaszek, 2015; Morgan, in press). Perhaps we could break new ground on the planet as Global Commons Review 1 s Oct. 2017 s Cover s Contents s About Us 78 we shape global citizenship in ways that are not singular but multiple and governed responsibly rather than from the outside-in or top down.

I find myself at times more timid than confident in how to proceed and what to advocate. The multilayered engagements of people and goods are complex and at times involve paradoxical circumstances. They may demand situation specific, interpersonal, respectful, and responsive approaches that are iterative, collaborative, formative, inclusive and critically reflexive. It can be troubling to navigate across such global and cultural spaces. Tensions may arise if one disregards the heritage, values, and cultural practices of the groups that one is hoping to support; other tensions may arise as international developments collide with local issues, such as native languages, cultural practices, and so on.

As one moves as an educator across nations and cultures, it has been my experience that there is a need for trustworthiness, respectful for individuals and community and informed engagement and agreement throughout any joint enterprise. A commitment to respectful cross-cultural requires us to interrogate or complicate advocacy research and the confluence of discussions of global knowledge transfer, internationalization, cosmopolitanism, democracy, participatory culture, digitally based social networking, social justice and empowerment. It requires us to be open to engaging with and trying to resolve democratically the tensions that arise between local and global, between advancing the individual and the community. We need to acknowledge that we have histories of colonization, imperialism, racism, objectification, commodification, universalism, individualism and simplification which fail to address the complexities and differences in the realities, interests, histories and epistemologies of diverse cultures (Said, 1993; Santos, 2014). These tendencies may take different forms especially at this time as we wrestle with global cooperative and global competition as well as the ramifications of nationalist and isolationist tendency surge in some countries.

We have a tendency or potential to misrepresent and displace the diverse realities using a form of repackaging for global marketplaces and alleging that we are detached cultural reporters or agents for empowerment, but on our terms. In place of this tendency, I would argue for a shift from objectification and “study of” to personalization, embodiment, enlivenment and “study with”. This coincides with indigenous notions of responsibility and responsiveness and notions of partnership and democratization (Smith, 1999; Smith, 2003, Smith, 2005). Further, I would hope that we widen expectations of consultation and collaboration to include a fuller consideration of who is engaged in or implicated in our endeavors. As Appadurai (2001) commented this is not just a matter of ecumenicalism and generosity, but requires suspending certainty and opening oneself up to debate, to differences and consider grassroots internationalism as a crucible for emergent new forms of global ethics. It requires a break from universalism, nationalism, rigid coalitions and self-righteous anti-oppressive decrees. It may require a dynamic that is more formative than prescriptive, multiple rather than singular.

I can envision finding global ethical spaces that emerge from a multifaceted, multi-perspectival explorations

… from a mix of scholarship, practice, global development, and cultural critique and proceeds in a manner that is responsive, supportive, diverse, and non-oppressive. With reference to confronting our racism, Cochran-Smith (2000) suggested that the journey may inevitably involve “stumbling and along the way difficulty, pain, self-exposure and disappointment” (p. 186). It is a journey for which we lack a map and indeed may be blinded by our own vision (Tierney, 2006, p, 85).

Certainly, my curiosity is piqued by the challenge of these matters and the possibility of imagining our building of multitopia or global Shrangi-La’s–spaces where diversity flourishes and we align with local Global Commons Review 1 s Oct. 2017 s Cover s Contents s About Us 80 and planetary developments–where global citizenships develop organically and in ways that are eclectic.

Misiaszek, Gregery William (2015) Ecopedagogy and Citizenship in the Age of Globalization: connections between environmental and global citizenship education to save the planet. European Journal of Education, Vol. 50, No. 3, 280-292.

Morgan, R (in press) Beyond the guest paradigm: colonialism, cultural contamination and the impact of Eurocentric education upon Aboriginal Peoples. In L. Smith (Ed.) Handbook of Indigenous Education.

Tierney, R. & Kan, W. (2016) Knowledge globalization within and across the People’s Republic of China and the United States: A cross-national study of internationalization of educational research in the Early 21st Century. American Educational Research Journal, Vol. 53, No. 6, pp. 1759–1791.